Are You My Uber? 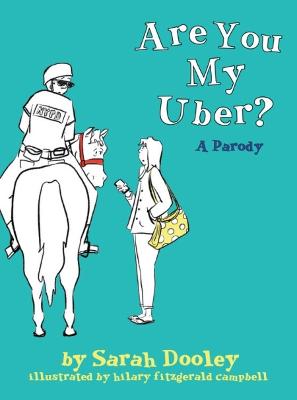 We've all been there. It's late. Maybe you've had a few drinks. You've decided against taking the subway and instead, to call an Uber. The app says it has arrived, but . . . where is it? Where is your Uber?

ARE YOU MY UBER? is a direct parody of the 1960 P.D. Eastman children's book ARE YOU MY MOTHER? The scene is set as a young woman steps off the midnight bus at Port Authority. Her name? Unknown. Her goal? To find her Uber, an elusive Ford Taurus. Lost and alone in a new city, she steels herself and begins by passing right by the very object of her search. Hilarity ensues: the girl proceeds to knock at the doors of an off-duty cab, a hearse, a halal cart, and other vehicles increasing in their absurdity, willing to try anything to find her Uber.