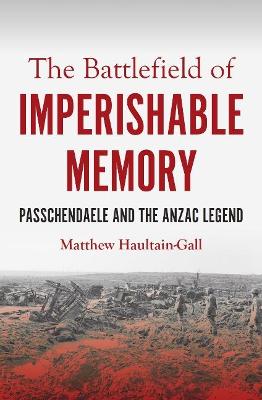 The Ypres salient 'was the favourite battle ground of the devil and his minions' wrote one returned serviceman after the First World War. Few who fought in the infamous third battle of Ypres - now known as Passchendaele - in 1917 would have disagreed. All five of the Australian Imperial Force's (AIF) infantry divisions were engaged in this bloody campaign. Despite early successes, their attacks floundered in front of the devastated Belgian Passchendaele's when autumn rains drenched the battlefield, turning it into an immense quagmire. By the time the AIF withdrew, it had suffered over 38,000 casualties, including 10,000 dead, far outweighing Australian losses in any other Great War campaign.

Given the extent of their sacrifices, the Australians' exploits in Belgium ought to be well known in a nation that has fervently commemorated its involvement in the First World War. Yet, Passchendaele occupies an ambiguous place in Australian collective memory. Tracing the commemorative work of official and non-official agents-including that of C.E.W. Bean; the Australian War Memorial; returned soldiers; battlefield pilgrims; and, more recently, the Department of Veterans' Affairs, working in collaboration with Belgian locals-The Battlefield of Imperishable Memory explores why these battles became, and still remain, peripheral to the dominant First World War narrative in Australia: the Anzac legend.