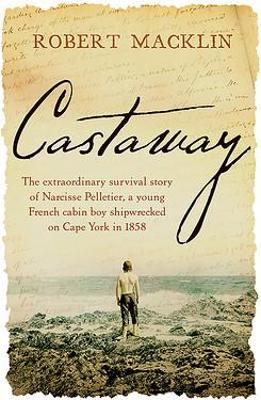 In 1858, fourteen-year-old French cabin boy Narcisse Pelletier was aboard the trader Saint-Paul when it was wrecked off the eastern tip of New Guinea.

Scrambling into a longboat, Narcisse and the other survivors crossed almost 1000 kilometres of the Coral Sea before reaching the shores of Far North Queensland. If not for the local Aboriginal people, Narcisse would have perished. For seventeen years he lived with them, growing to manhood and participating fully in their Uutaalnganu world. Then, in 1875, his life was again turned upside down.

Drawing from firsthand interviews with Narcisse after his return to France and other contemporary accounts of exploration and survival, and documenting the spread of European settlement in Queensland and the brutal frontier wars that followed, Robert Macklin weaves an unforgettable tale of a young man caught between two cultures in a time of transformation and upheaval.