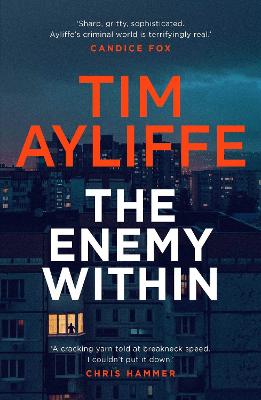 Like Michael Connelly's Bosch, former war correspondent John Bailey will risk everything to get to the truth - and expose a deadly enemy.

He heard a voice, someone calling out in the distance, followed by a loud fluttering of birds. Bailey looked up just in time to see a body falling from the sky ...

Investigative journalist John Bailey is doing his best to turn his life around after losing the woman he loved. He has a new job. He's given up the drink. He even has a dog.

But then Federal Police raid his home with a warrant granting them unprecedented powers to take anything they want, including all his electronic devices and passwords. When Bailey protests, they threaten to put him in a prison cell.

Someone wants to stop Bailey doing what he does best - exposing the truth. He has been investigating the rise of a global white supremacist group and suspects that a notorious neo-Nazi in the United States has been directing deadly racist attacks on Sydney's streets.

When the body of one of his key sources washes up on a nearby beach, it's clear Bailey and anyone helping him have become targets. Bailey reaches out to a ruthless old friend - CIA veteran, Ronnie Johnson - to lure the enemy from the shadows.

An enemy who thought they were untouchable. Until now ...

'A breathlessly written book, ripped from today's headlines, this is a cracking read that blurs the line between fact and fiction. More please.' Michael Robotham

'A cracking yarn told at breakneck speed. I couldn't put it down.' Chris Hammer

'Another brilliantly crafted thriller from Ayliffe that fits perfectly in today's worrying world ... Verdict: Get this guy on TV.' Herald Sun

'Sharp, incisive and scarily prescient, I was hooked from the first chapter to the final page.' Sara Foster, bestselling author of The Hidden Hours

'Utterly compelling and terrifyingly timely. I could not put it down.' Pip Drysdale, bestselling author of The Sunday Girl

'As a correspondent, I lived this world. Tim Ayliffe has written it.' Stan Grant, writer and broadcaster

'An absolute cracker of a thriller.' Chris Uhlmann