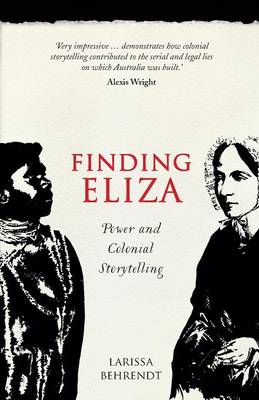 A vital Indigenous perspective on colonial storytelling.
Aboriginal lawyer, writer and filmmaker Larissa Behrendt has long been fascinated by the story of Eliza Fraser, who was purportedly captured by the local Butchulla people after she was shipwrecked on their island in 1836. In this deeply personal book, Behrendt uses Eliza's tale as a starting point to interrogate how Aboriginal people - and indigenous people of other countries - have been portrayed in their colonisers' stories.
Exploring works as diverse asRobinson CrusoeandCoonardoo, Behrendt looks at the stereotypes embedded in these accounts, including the assumption of cannibalism and the myth of the noble savage. Ultimately, Finding Eliza shows how these stories not only reflect the values of their storytellers but also reinforce those values - and how, in Australia, this has contributed to a complex racial divide.
'Larissa Behrendt takes us on the epic colonial narrative of Eliza Fraser, who has been a yoke around the necks of the Butchulla (Badtjala) people and in particular our women . . . Finding Eliza covers much ground and is compelling reading.' Fiona Foley