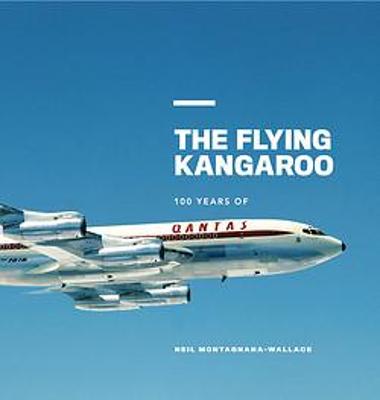 No symbol better conveys the intrepid spirit of Australia than the flying kangaroo. Whether it's glimpsed on a red-eye flight to an interstate business meeting, before leaving for adventure or holidays, or when longing to return home, that sweep of red defines air travel in Australia.

Qantas has always been about connection. It began by connecting Australians across western Queensland's unforgiving terrain, and before long was connecting Australia with the world. Qantas's history is entwined with Australian identity, launching in the aftermath of World War I and the Spanish Flu, and soaring to match Australian ambitions in the one hundred years since. Its centenary year has been the most turbulent year yet, with a pandemic grounding virtually the entire fleet and Qantas coming to the rescue of Australians stranded overseas.

Like Australia, Qantas will soar again. The Flying Kangaroo features never-before-seen photographs and historical detail from Qantas's archives, celebrating a century of Australian aviation and a nation that always reaches for the sky.