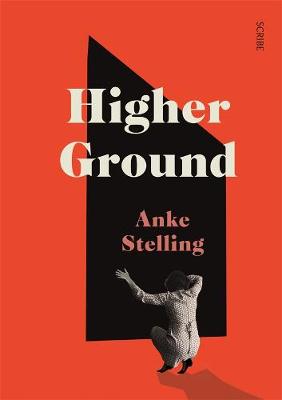 A prize-winning novel about class, money, creativity, and motherhood, that ultimately reveals what happens when the hypocrisies we live by are exposed ...

A prize-winning novel about class, money, creativity, and motherhood, that ultimately reveals what happens when the hypocrisies we live by are exposed ...

Resi is a writer in her mid-forties, married to Sven, a painter. They live, with their four children, in an apartment building in Berlin, where their lease is controlled by some of their closest friends. Those same friends live communally nearby, in a house they co-own and have built together. Only Resi and Sven, the token artists of their social circle, are renting. As the years have passed, Resi has watched her once-dear friends become more and more ensconced in the comforts and compromises of money, success, and the nuclear family.

After Resi's latest book openly criticises stereotypical family life and values, she receives a letter of eviction. Incensed by the true natures and hard realities she now sees so clearly, Resi sets out to describe the world as it really is for her fourteen-year-old daughter, Bea. As Berlin, that creative mecca, crumbles under the inexorable march of privatisation and commodification, taking relationships with it, Resi is determined to warn Bea about the lures, traps, and ugly truths that await her.

Written with dark humour and clarifying rage, Anke Stelling's novel is a ferocious and funny account of motherhood, parenthood, family, and friendship thrust into battle. Lively, rude, and wise, it throws down the gauntlet to those who fail to interrogate who they have become.

'Stelling makes a blistering English-language debut with this incendiary screed about hypocrisy and privilege among a group of friends in Berlin ... This biting class critique is hard to turn away from.'
-Publishers Weekly

'Stelling is brilliant on the quantum universe of parenting, the sheer unpredictability of it ... The novel moves effortlessly between time periods in recent German history and builds up the composite picture of a generation that has too often seen many of its ideals disappear into trust funds ... compelling.'
-Michael Cronin, The Irish Times