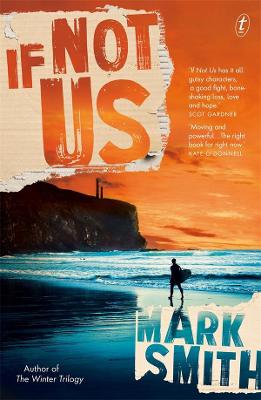 He'd always accepted the mine and power station were part of Shelbourne. On still nights, the thrum of the turbines echoed down the valley and melded with the sound of the ocean until you couldn't tell them apart.

Hesse lives a small coastal town, where a coalmine and power station are a part of the scenery, and a part of the ever-growing problem of climate change. His mum is a member of a local environmental group campaigning to close the mine and shut down the power station. It's a no-brainer, of course, but Hesse is more interested in surfing-and in Fenna, the new exchange student from the Netherlands.

But when someone seems to be trying to derail the campaign, and his friends' families face losing their jobs, Hesse begins to realise that things are complex.

Even though he's reluctant to step into the spotlight, with Fenna's encouragement he decides it's time to make a stand. Because some things are too important to leave to everyone else. And even one small, nervous voice can make a difference.

When Hesse agrees to speak at a protest meeting he has no idea of the storm he is about to unleash.

If Not Us is Mark Smith's first standalone YA novel following his hugely successful Winter trilogy. It's another great story with an engaging and relatable protagonist, as well as an impassioned plea for climate-change action that will inspire and empower readers of all ages.