Key to Rebecca, The 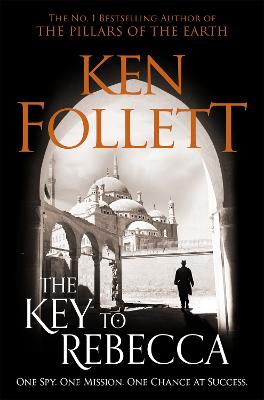 The Key to Rebecca is a gripping thriller set during the Second World War, from the number one bestseller and author of The Pillars of the Earth, Ken Follett.

A Ruthless Spy
1942. Alex Wolff's goal is Cairo. Following a relentless trek across the scorching Sahara, he arrives in the city with a copy of Daphne du Maurier's Rebecca, a lethal blade and a trail of bodies in his wake. Known to his handlers as the 'Sphinx', Wolff is a Nazi spy with a brutal desire to succeed.

A Failing Campaign
The British campaign in North Africa hangs in the balance. Led by Rommel, the Germans are closing in and the Sphinx's reports on British troop movements and strategic plans are giving them the edge. Intelligence officer Major William Vandam is tasked with hunting down the Sphinx before the British are defeated.

A Deadly Chase
Vandam enlists the help of courtesan Elene Fontana, who agrees to try and ensnare the spy in exchange for a better life in Palestine. Can they catch the master spy before he uncovers Cairo's secrets and the campaign fails?