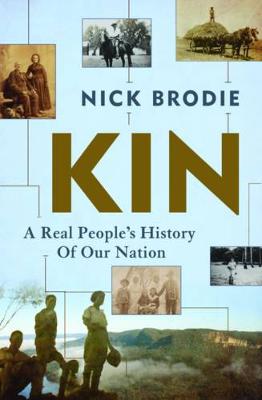 When author and historian Nick Brodie traced his own family tree, he began to see the pattern of European settlement in Australia. As he learnt about the generations of his family, Nick uncovered the social and cultural contexts and historic circumstances that shaped his ancestors: the Irish, the convicts, the early settlers, Cobb & Co coachmen, the men from Snowy River, the Boer war, Galipolli, the Depression and the second world war. His quest is full of suspense, frustrations and red herrings, and makes a gripping story.

As Brodie tracks down where key characters lived, what they did, and the decisions they made - to commit treason, immigrate, marry, or move - he pieces together a complex and entertaining puzzle of Australia's history told through the very people who made it: the everyday Australians who contributed to Australia's rich and varied story.

In the same way Bill Bryson's A History of Nearly Everything tells the history of the world through the characters who make the discoveries, Kin is well-written, absolutely accessible (think Tom Keneally's The Australians) but also invigorated with detailed insights that will delight intelligent lovers of history and a good read.