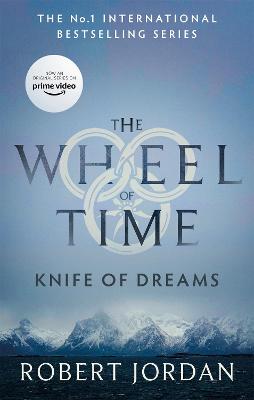 The eleventh novel in the Wheel of Time series - one of the most influential and popular fantasy epics ever published.

As the very fabric of reality wears thin, all portents indicate that Tarmon Gai'don, the Last Battle, is imminent - and Rand al'Thor must ready himself to confront the Dark One. But Rand must first negotiate a truce with the Seanchan armies, as their forces increasingly sap his strength.

All is in flux as established powers falter . . . In Caemlyn, Elayne fights to gain the Lion Throne while trying to avert civil war and Egwene finds that even the White Tower is no longer a place of safety.

The winds of time have whirled into a storm, and Rand and his companions ride in the vortex. This small company must prevail against the trials of fate and fortune - or the Dark One will triumph and the world will be lost.