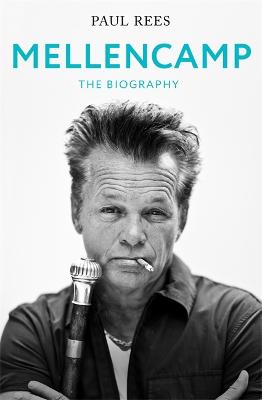 The definitive biography of John Mellencamp featuring exclusive interviews and never-before-told details about the life of the iconic American rock and roll original.

John Mellencamp is not your typical rock star.

With music inspired by the work of William Faulkner, John Steinbeck, and other giants of American literature, Mellencamp is a complex, colorful and larger than life character who walks to the beat of his own drum. Or, as he told author and veteran music journalist, Paul Rees: 'I just refuse to take shit off anyone'. Now, this fascinating biography fully charts the life of one of this country's most important voices in American music.

Mellencamp's story is also the story of the American heartland. His coming of age as an artist and evolution into legendary status directly reflected the major changes of the last fifty years. From the Summer of Love to the growing divisiveness of American politics and beyond, his music has served as the backdrop of this evolving country for millions of fans.

For the first time, this story written with the cooperation and support of Mellencamp and his management will include extensive interviews with members of Mellencamp's family, many of his bandmates and collaborators, past and present, and Mellencamp himself. Together, they shed new light on a man hailed by none other than Johnny Cash as 'among our greatest living songwriters'. An exploration of everything from the founding of Farm Aid to his induction into the Rock and Roll Hall of Fame, this is a fresh and expansive look at a true original.