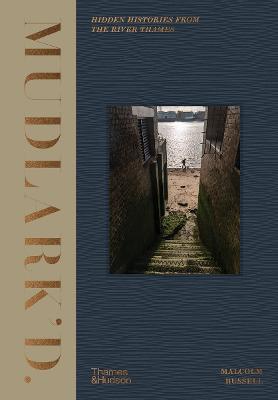 'Beautiful and poignant' The Art Newspaper

The first illustrated book on mudlarking that tells the captivating stories of forgotten people through objects recovered from the river Thames.

Combining insights from 200 eclectic objects discovered on the Thames foreshore, meticulous historical research and contextual illustrations, Mudlark'd uncovers the hidden histories of forgotten people from all over the world. Beginning in each case with a particular find, Malcolm Russell tells the stories of the people who owned, made or used such objects, revealing the habits, customs and crafts not only of those living in London but also of those passing through, from continental Europe, the Americas, Africa, Asia and Australia.

In the 18th and 19th centuries London was the busiest port in the world, exchanging goods, ideas, people and power with every continent. The Thames long acted as London's water source, shipyard, thoroughfare and rubbish dump. Its banks have been densely packed with taverns, brothels, markets and workplaces, and scavengers - known as mudlarks - have scoured them since at least the 18th century. Consequently, the Thames today offers a repository of intriguing objects that evoke ways of life long forgotten. A delicate bone hair pin uncovers the story of Roman ornatrices - enslaved hairdressers. A counterfeit coin reveals the heritage of millions of Australians. Glass beads expose the brutal dynamics of the transatlantic slave trade. Clay tobacco pipes uncover the lives of Edwardian women parachutists and Victorian magicians. A scrap of Tudor cloth illuminates the stories of Dutch and French religious refugees.

The book also includes a primer, giving step-by-step advice on how to mudlark on tidal rivers and how to identify commonly made finds.