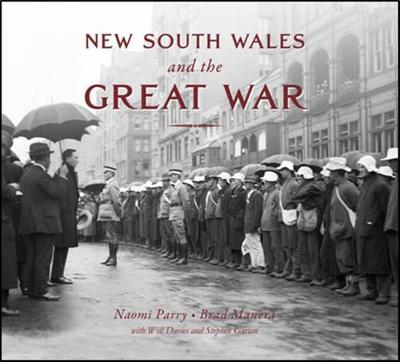 When the Great War began in August 1914, the people of New South Wales took up the call to arms. NSW sent more people than any other state to serve overseas and many more worked and volunteered to support the war effort. But the economic, political and emotional strains of war, and the loss of so many young men, and some women, in the service of their country, fanned social and political divisions and wrought lasting changes to the society to which serving men and women would return.
New South Wales and the Great War is an authoritative history that uses the rich visual and written records of the marvelous repositories of our collective past to reveal the impact of war on the ordinary citizens of NSW, in theatres of combat and at home in our cities, towns and rural communities.
New South Wales and the Great War was written by social historian Dr Naomi Parry and senior historian at the NSW Anzac Memorial Brad Manera, with Professor Stephen Garton and historian and author Will Davies.
This project was commissioned by the NSW Centenary of Anzac advisory council and delivered by the Anzac History Committee under the guidance of Air Vice Marshal Robert Treloar and David Longfield of Longueville Media. Elise Edmonds of the State Library of New South Wales and the late Dr Paul Brock of the NSW Department of Education provided invaluable support.