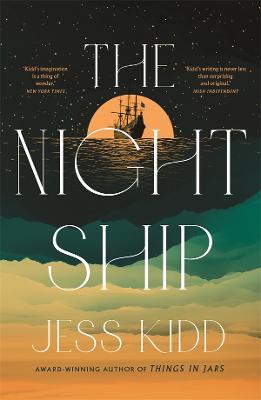 The Night Ship is an enthralling tale of human brutality, fate and friendship - and of two children, hundreds of years apart, whose destinies are inextricably bound together.

1629. Embarking on a journey in search of her father, a young girl called Mayken boards the Batavia, the most impressive sea vessel of the age. During the long voyage, this curious and resourceful child must find her place in the ship's stratified world. She soon uncovers shadowy secrets above and below deck and as tensions spiral, the fate of the ship and all on board becomes increasingly uncertain.

1989. Gil, a boy mourning the death of his mother, is placed in the care of his cranky grandfather. Their home is a shack on a tiny fishing island off the West Australian coast, notable only for its reefs and wrecked boats. This is no place for a boy struggling with a dark past, and Gil's actions soon get him noticed by the wrong people.

The Night Ship is an enthralling tale of human brutality, fate and friendship - and of two children, hundreds of years apart, whose destinies are inextricably bound together.

'Kidd's imagination is a thing of wonder.' New York Times

'Kidd has imagination to die for.' Guardian