Now Is The Time To Invent 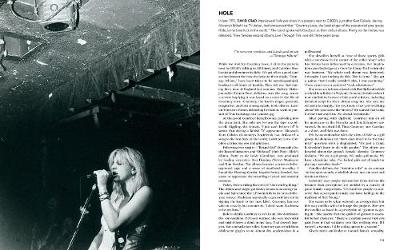 Now Is the Time to Invent offers a definitive portrait of the vibrant indie-rock scene that flourished in the mid-1980s and reached its creative peak in the 1990s. More than 60 profiles and interviews, taken from the pages of the acclaimed independent music magazine Puncture and illustrated with many rare photographs, cover all the major contributors to a lastingly influential musical movement.

It's impossible to determine a single starting point for indie rock, but here it is found in the scintillating psychodramas Kristin Hersch conjured up for Throwing Muses and the deadpan, genre-busting, proto-slacker anthems of Camper Van Beethoven, and followed through to the critical triumphs of Sleater-Kinney and Neutral Milk Hotel more than a decade later. Along the way, it takes in such pioneering artists as P.J. Harvey, Sonic Youth, the Pixies, Bikini Kill, Nick Cave, Beck, Cat Power, Fugazi, Mekons, Pavement, Belle & Sebastian, Meat Puppets, My Bloody Valentine, Sebadoh, the Breeders, Jeff Buckley, Guided by Voices, Will Oldham, Hole, Flaming Lips, the Magnetic Fields, and many more.

'Nineties nostalgia is still
peaking...(a) new book out this month perfectly captures that artistic and
cultural heyday. Now is the
Time to Invent...collects writing from Puncture, a little
magazine that covered the indie scene of the late Eighties and Nineties with
authority, scope, generosity, and a lovingly critical eye.' - Rolling
Stone