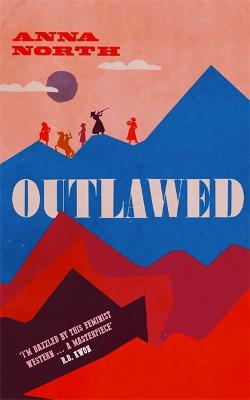 On the day of her wedding-dance, Ada feels lucky. She loves her broad-shouldered, bashful husband and her job as an apprentice midwife.

But her luck will not last. It is every woman's duty to have a child, to replace those that were lost in the Great Flu. And after a year of marriage and no pregnancy, in a town where barren women are hanged as witches, Ada's survival depends on leaving behind everything she knows.

She joins up with the notorious Hole in the Wall Gang. Its leader, a charismatic preacher-turned-robber, known to all as The Kid, wants to create a safe haven for women outcast from society. But to make this dream a reality, the Gang hatches a treacherous plan. And Ada must decide whether she's willing to risk her life for the possibility of a new kind of future for them all.

'North is a riveting storyteller . . . Reader, you are in for a real treat' JENNY ZHANG

'North's knockout latest chronicles the travails of a midwife's daughter who joins a group of female and nonbinary outlaws near the end of the 19th century . . . Impossible to put down' PUBLISHER'S WEEKLY

'Calling it The Handmaid's Tale crossed with Butch Cassidy and the Sundance Kid goes some way to describe this novel's memorable world, but it is also wholly its own' KIRKUS