Politics of Forgetting New Zealand Greece and Britain at War 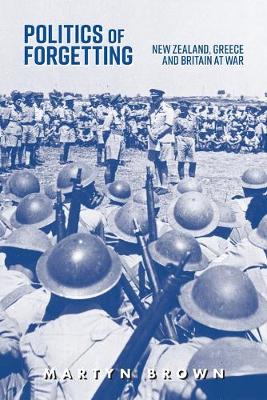 Greece was a poor country in turmoil and pain during the 1940s. A military dictatorship was followed by invasion and terrifying occupation by Germany and its allies, starvation, civil war, political unrest and mutiny in its free military armed forces. New Zealand entered this arena and found a bond with a people that it still celebrates to this day. Absent is the complex, divisive and sometimes violent and surreal relationship between the two countries and the inescapable influence of Britain. Their story stretches from the mountains and open country of Greece and Crete to Middle East deserts, autumn-swept plains of Italy, and the blood-splattered streets of post-liberated Athens. Ironically New Zealand has forgotten the unpalatable but also sacrificed something that would have enhanced its own national storytelling about the war.