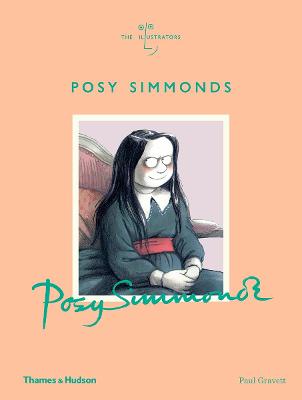 In the course of a career spanning more than fifty years, Posy Simmonds has become one of Britain's best-known satirical cartoonists. She is also as a much-loved author and artist of widely translated children's books and graphic novels. These include Fred, animated in 1996 into the Oscar-nominated short film Famous Fred, and Gemma Bovery and Tamara Drewe, both adapted into films, increasing her international fame.

Simmonds once described her job on a census form as 'a visual engineer'. Her extraordinary precision of drawing, her powers of observation and her sharp but welltempered wit have made her one the Britain's most sophisticated innovators, renowned especially for expanding the scope and subtlety of comics.

This is the first book to explore Simmonds's life and work from her early childhood to the present day. In a series of interviews with Paul Gravett she offered insights into her creative process and provided unprecedented access to her 'workroom' and archives containing sketchbooks and rare or never-before-seen artworks. A portrait emerges of Posy Simmonds as a chronicler and critic of contemporary British society and a storyteller in words and pictures of rare perception and humanity.