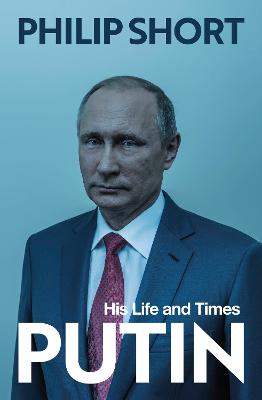 The monumental biography of the most influential leader on the world stage in the last twenty years.

Vladimir Putin is a pariah to the West.

Alone among world leaders, he has the power to reduce the United States and Europe to ashes in a nuclear firestorm and has threatened to do so. He invades his neighbours, most recently Ukraine, meddles in western elections and orders assassinations inside and outside Russia. The regime he heads is autocratic and corrupt.

Yet many Russians continue to support him. Despite western sanctions, the majority have been living better than at any time in the past. By fair means or foul, under Putin's leadership, Russia has once again become a force to be reckoned with.

Philip Short's magisterial biography explores in unprecedented depth the personality of its enigmatic and ruthless leader and demolishes many of our preconceptions about Putin's Russia. Since becoming President in 2000, his obsession has been to restore Russia's status as a great power, unbound by western rules. What forces and experiences shaped him? What led him to challenge the American-led world order that has kept the peace since the end of the Cold War?

To explain is not to justify. Putin's regime is dark. He pursues his goals relentlessly by whatever means he thinks fit. But on closer examination, much of what we think we know about him turns out to rest on half-truths.

This book is as close as we will come to understanding Russia's ruler. It also makes us revise long-held assumptions about the course of global politics since the end of the Cold War.