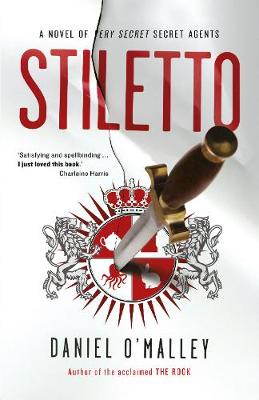 'Satisfying and spellbinding' Charlaine Harris. The sequel to acclaimed THE ROOK (now a major TV series!). Debuted at no.1 on US Bookscan's fantasy chart.
Rook Myfanwy Thomas returns to clinch an alliance between deadly rivals and avert epic -- and slimy -- supernatural war.

After years of enmity and bloodshed, two secret organisations with otherworldly abilities must merge, and there is only one person with the fearsome powers -- and bureaucratic finesse -- to get the job done.

But as bizarre attacks sweep London, threatening to sabotage negotiations, old hatreds flare. Only Myfanwy and two women who detest each other can seek out the culprits before they trigger a devastating otherworldly war.

The all-star TV adaptation of THE ROOK is available to stream on Stan in Australia and Starz in the US.