Sydney Then and Now 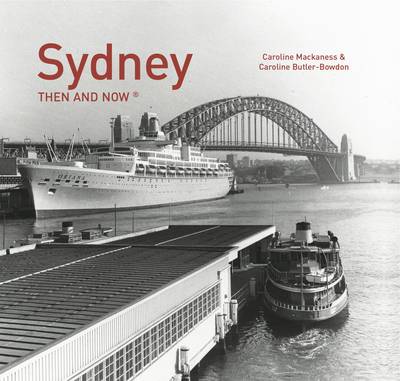 From the classic Then and Now series, showcasing vintage scenes of Sydney and comparing them with the same scene today.

Sydney is graced with natural beauty - a waterscape of beaches, rivers, bays and harbours. this revised and updated, beautifully photographed volume captures the evolution of the city in its remarkable setting through the last century, highlighting both the dramatic growth and the resolute consistency of landmark locations.

Many of the "then" images were photographed at the turn of the 20th century, when Sydney overtook Melbourne as Australia's most populated city. the photos of today's Sydney are a continuation of that story - a city still booming, the foundations still there, but now congested with skyscrapers and transport connections.

Featuring classic Sydney locations such as Circular Quay, town Hall, Parramatta River and the Queen Victoria Building, as well as world-famous beaches and harbour scenes, this book both showcases Sydney's finest and highlights its development over the past hundred years.