The Comeback Elvis & the 68 Special 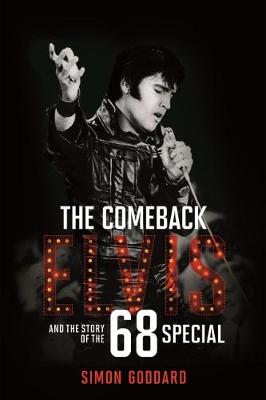 1968. A year of riots, revolution and world-changing Rock'n'roll. Except for Elvis Presley. The King of the Fifties had become the Clown of the Sixties, churning out bad music in dismal films, a humiliating spectre of his former glory. In the words of the hip young director assigned to his first TV special, Elvis' reputation was "in the toilet." However the same director, Steve Binder, was now about to save it. Together they would embark on the biggest creative fight of Elvis' life. Overcoming insecurity, paranoia, a failing marriage, network censors, drugs, the over-protective Memphis Mafia, the sabotaging whims of manager Colonel Tom Parker and the heat exhaustion of his soon-to-be iconic black leather suit, with his '68 TV Special Elvis gave the defining performance of his career. He never sang harder, rocked wilder or blazed sexier. This was Elvis, The Resurrection.