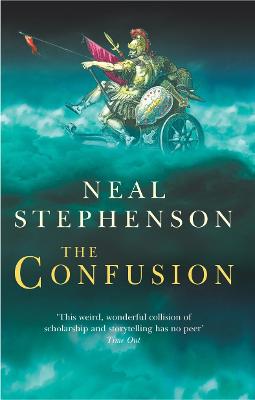 Neal Stephenson continues his extraordinary Baroque Cycle in this sequel to his bestselling Quicksilver, bringing to life a cast of unforgettable characters in a time of breathtaking genius and discovery.

It is the late 1600s, on the high seas. A group of Barbary galley slaves plot as they ply the oars of a pirate ship, hatching a daring scheme to find an enormous cache of Spanish gold. Amazingly, they succeed - leaving some very unhappy men behind who vow to hunt down the vagabonds and bring them to justice, no matter the cost.

Meanwhile, back in France, the beautiful Eliza - toast of Versailles and spy extraordinaire - attempts to return to London with her baby, a child whose paternity is shrouded in mystery. Making her way home, her ship is stopped by a French privateer and she is returned to the Sun King's court. Thrown back into a web of international intrigue, Eliza must contend with all manner of characters, including buccaneers, poisoners, Jesuits, financial manipulators, and even a stray cryptographer or two...