The Europeans in Australia Vol 1 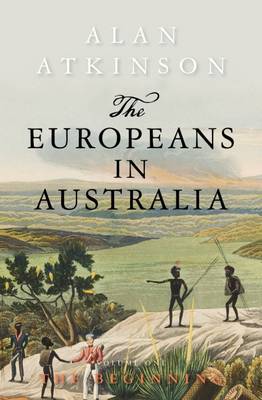 It is the duty of historians to be, wherever they can, accurate, precise, humane, imaginative - using moral imagination above all - and even-handed.

The first of three volumes of the landmark, award-winning series The Europeans in Australia gives an account of early settlement by Britain. It tells of the political and intellectual origins of this extraordinary undertaking that began during the 1780s, a decade of extraordinary creativity and the climax of the European Enlightenment.

Volume One, The Beginning, examines the forces that led to the penal colony at Port Jackson and the first twenty-five years of white settlement. Atkinson examines, as few historians have done before, the political and intellectual origins of this extraordinary undertaking. It began during the 1780s, a decade of extraordinary creativity and the climax of the European Enlightenment. The purpose of settlement might seem uninspiring, but the fact that this was to be a community of convicts and ex-convicts raised profound questions about the common rights of the subject, the responsibility of power, and the possibility of imaginative attachment to a land of exile. Atkinson explores the imagery and technique of European power as it made its first impact on Australia. He argues that the Europeans were not simply conquerors motivated by brutal or short-term colonising imperatives. The Europeans' culture was ancient and infinitely complex, thickly woven with ideas about spirituality, authority, self, and land, all of which influenced the development of Australia. The possession of land and conflict with Aboriginal peoples were at issue, but so were the ancient habits of Europeans themselves.

The culmination of an extraordinary career in the writing and teaching of Australian history, The Europeans in Australia grapples with the Australian historical experience as a whole from the point of view of the settlers from Europe. Ambitious and unique, it is the first such large, single-author account since Manning Clark's A History of Australia.