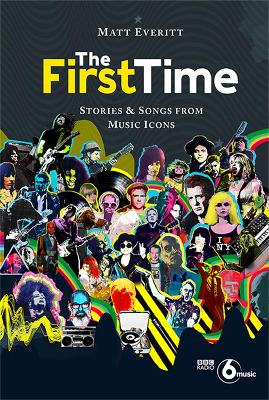 "Matt Everitt knows the feeling and he knows the songs. I had a blast."

Discover the unforgettable firsts that have shaped some of the biggest names in rock, punk, pop, dance, reggae and indie music.

Taken from Matt Everitt's acclaimed BBC Radio 6 Music show, The First Time invites you inside the lives of 40 of the music world's most notable legends. From Alice Cooper to Yoko Ono, Courtney Love to Elton John, follow their lives and careers starting with their first musical memories, first records and first gigs, finding out the songs that have shaped them along the way.

Each of the 40 compelling interviews is accompanied by specially commissioned collage illustrations and a bespoke playlist that lets you listen to the tracklisting.

A must-have for any music lover.