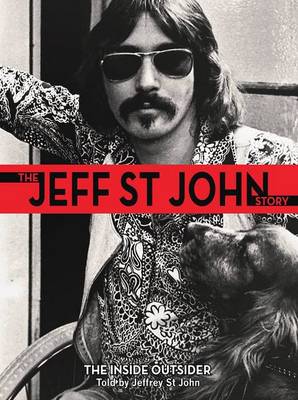 It's been a long and at times difficult journey for the man born Jeffrey Leo Newton. His seemingly normal world was turned on its head when at an early age he was diagnosed with Spina Bifida - many challenging and at times life threatening illnesses and long periods of hospitalisation followed.
Despite this, his extra-ordinary singing talent soon surfaced. A child prodigy, he made his first professional appearance aged 5 singing at his Aunty Betty and Uncle Thomas' wedding.
As a teenager, he did what many of us dream about and ran away from home, until a friendly policeman put him back on the straight and narrow. By age 15 he had secured a guest spot on Channel Nine's TV teen talent showcase, Opportunity Knocks, hosted by Desmond Tester, and appeared regularly on the show between 1961 and 1963.
From an early age, he refused to see Spina Bifida as a disability or use it as an excuse to prevent him achieving his goals. Many things were beyond his control and with his mobility deteriorating in early 1965; he had no option but to exchange his leg calipers for crutches. This setback did little to deter him and he soon joined his first band. On record, Jeff St John is best remembered for scorching, brass-laden smash singles like "Big Time Operator" and "Teach Me How To Fly".
At the peak of his popularity, Jeff underwent a series of complicated operations that resulted in loss of mobility and him becoming wheelchair-bound. Undeterred, Jeff soon returned to live performance and transformed what many saw as a 'liability' into his own trademark, executing 'wheelies' and 'pirouettes' across the stage as he sang.
But beneath his successful public persona was a struggling soul striving to find love and overcome personal demons. Finally, unable to cope with the roller coaster of one broken relationship after another, he succumbed to self-doubt and attempted the ultimate act of self-criticism - suicide.
His is a story of inspiration, passion, rocknroll, hit singles, fame, drugs, seances, broken marriages, self doubt, attempted suicide, triumph and finally true love...