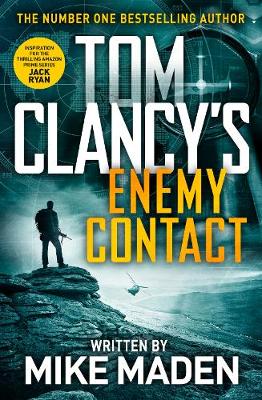 On a remote island off the coast of Argentina, a team of elite counter-terror commandos prepare to assault a newly-discovered Hezbollah hideout.

What they don't expect is to be brutally ambushed themselves - slaughtered with no survivors.

What they don't realise is that, on screens around the world, the enemies of the West are watching.

Back in Washington DC, the growing obstruction in the Senate has reached crippling levels, as a crucial treaty to strength NATO in Eastern Europe is inexplicably blocked. Suspecting that key politicians may have been compromised - but aware of the explosive consequences of making such accusations in public - the President dispatches Jack Ryan Jr to Poland to investigate.

In Warsaw, Jack partners with beautiful and brilliant Polish agent Liliana Zaleski, and it's not long before they find evidence of a tangled web of corruption. But what Jack and Liliana don't realise is that this conspiracy stretches further than they could ever have imagined, and the danger has already crept terrifyingly close to home . . .