Trapped in a Closed World 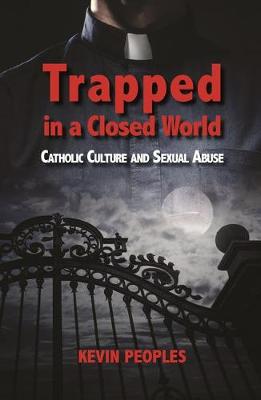 Disclaimer
As at 1 September 2017, and in advance of publication, Trapped in a Closed World: Catholic Culture and Sexual Abuse, has officially been withdrawn from sale in Victoria, Australia due to current court proceedings.

A lived expose of the poisonous clerical culture dominating life in a typical Catholic seminary in Australia in the 1960s, which links this culture to the clerical abuse highlighted in the Royal Commission into Institutional Responses to Child Sexual Abuse.

The God Kevin Peoples met as a seminarian was not the God he knew and loved and wanted to serve.
Trapped in a Closed World is his first-hand account of the harmful clerical culture that dominated Catholic seminary life in Australia in the 1960s - an endemic culture that still exists in some seminaries today.
The Catholic beliefs taught date back to medieval times, and have made the Church hierarchical, misogynistic, and exclusive. For the young men training to be Catholic priests, this meant being 'special', being 'chosen' directly by God to serve the institution of the Holy Mother Church.
Told with the tenderness and humour of a memoir, it nonetheless rigorously investigates the extreme beliefs and practices that paved the way for many Catholic priests to sexually abuse those in their care, and for the bishops to protect their clergy before victims.
Ignorant and innocent at the time of the sexual abuse affecting the community outside the closed gates of St. Columba's, Springwood and his home Diocese, Ballarat, Victoria, Kevin makes up for lost time with this tour de force.
This is more than just a memoir. It is an insightful and compelling examination of clerical culture and its link to sexual abuse in Catholic institutions.