Youth Without God based on the novel by Odoen von Horvath 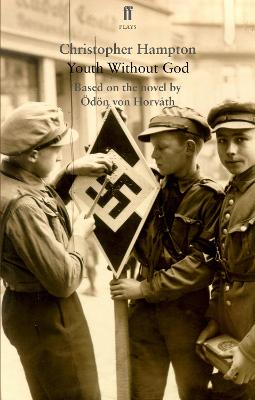 The old man started to talk about the trial. He blamed everyone involved, including the teacher, i.e. me. In his view the root cause of the problem was that everybody involved - teachers, parents, boys - behaved as if God no longer existed.

A schoolteacher is denounced and accused of 'sabotage of the Fatherland' when he reprimands a student for making a racist remark. The class petition against him. A murder follows. During the trial, the teacher decides to risk everything by telling the truth.

Published in 1937, Jugend Ohne Gott is the penultimate novel by OEdoen von Horvath. It was judged by Thomas Mann to be the best novel of recent years. This powerful evocation of everyday life in the shadow of fascism also garnered praise from Hermann Hesse, Franz Werfel and Joseph Roth, who called Horvath 'the most clear-sighted chronicler of his age'.

Christopher Hampton's adaptation of Youth Without God was commissioned by and performed in Vienna at the Theater in der Josefstadt in 2009. On its tenth anniversary, the play receives its UK premiere at The Coronet Theatre, London.