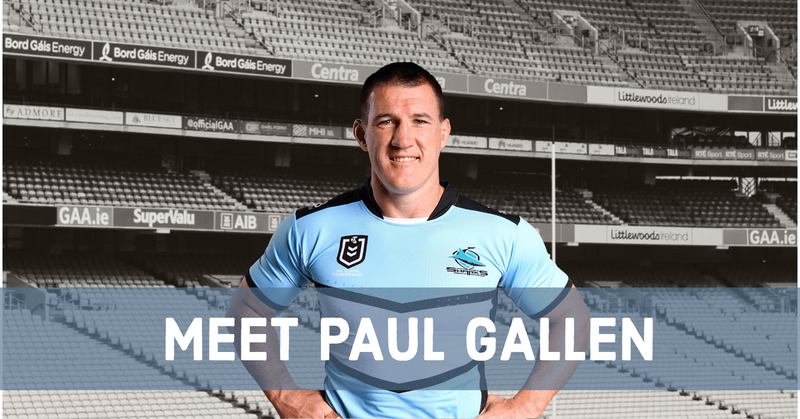 Meet legendary Cronulla Sharks player, Paul Gallen, and celebrate the launch of his memoir Heart and Soul at the Berkelouw Bookstore in Cronulla.

This no-holds-barred autobiography of the legendary Cronulla Sharks and NSW State of Origin team captain is a frank, open, and heartfelt account of the great highs and lows of Gallen's 19 years playing at rugby league's highest level. It's a story as powerful and compelling as the man himself.

Win a Sharks Cap and Ball signed by Paul Gallen


About Heart and Soul

Paul Gallen's career in rugby league is extraordinary. For his club, his state and his country he's given everything he's got, and then some. He's captained his club, The Cronulla Sharks, to their first-ever premiership, he's led the NSW Blues to a drought-breaking series win in 2014, and he's played more than 30 tests for his country. In every game Gallen has left nothing in the tank, giving his heart and soul for his team and his teammates. Yet his career has also known controversy, with Gallen's take-no-prisoners style polarising both media and fans, and his captaincy of the Sharks making him both a figurehead and a target in the club's darkest days during the long-running ASADA investigation.

Gallen's autobiography is a frank, open and heartfelt account of the great highs and lows of his 19 years playing at rugby league's highest level. It's a story as powerful and compelling as the man himself.