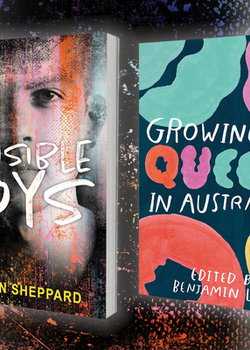 Join authors Holden Sheppard and Benjamin Law as they discuss their books Invisible Boys and Growing up Queer in Australia.

Invisible Boys is an emotional tale of identity, sexuality and suicide derived from personal experience about three teenage boys who struggle to come to terms with their homosexuality in a small Western Australian town.

Growing Up Queer in Australia assembles voices from across the spectrum of LGBTIQA+ identity. Spanning diverse places, eras, ethnicities and experiences, these are the stories of growing up queer in Australia. With contributions from David Marr, Fiona Wright, Nayuka Gorrie, Steve Dow, Holly Throsby, Sally Rugg, Tony Ayres, Nic Holas, Rebecca Shaw and many more.

Holden Sheppard is a YA author originally from Geraldton, Western Australia. After graduating from ECU’s writing program, Holden won a prestigious ArtStart grant from the Australia Council for the Arts in 2015. Invisible Boys won the 2017 Ray Koppe Residency Award, resulting in a writing residency at Varuna, the Writers’ House, in early 2018 and was also Highly Commended in the ASA Emerging Writers’ Mentorship Prize 2018. His short fiction and journalism has been published in indigo, Page Seventeen, Huffington Post, ABC, DNA Magazine and Faster Louder. His novella Poster Boys was selected for The Novella Project VI and was published in Griffith Review 62: All Being Equal.

Benjamin Law is the author of the memoir The Family Law, which he adapted for SBS TV, Gaysia, and a Quarterly Essay: Moral Panic 101. A columnist for Fairfax’s Good Weekend magazine, Law has also written for over 50 publications internationally and is a co-host on ABC Radio National’s Stop Everything. 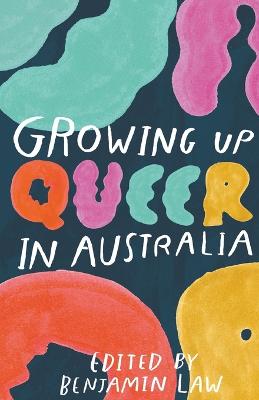