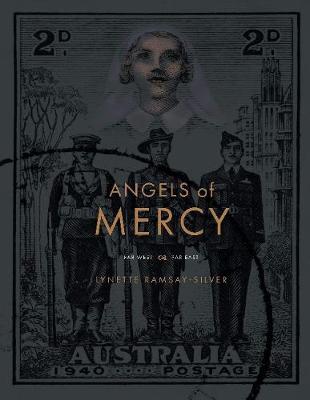 This book follows the gripping stories of two different Australian nursing sisters, who overcame the challenging adversities of two very different circumstances. In the 1930s, Marjorie Silver was employed by The Far West Childrens Health Scheme and became their first permanent flying sister, based in Bourke. She fought a single-handed war against heat, dust and isolation of the outback to bring vital medical assistance to the far west of New South Wales, before moving on to central Queensland where she established a clinic at Mt Margaret station, in close co-operation with the flying doctor, based at Charleville. In 1964, she moved to Brunette Downs, Northern Territory, where she continued to make use of her nursing skills at the Aboriginal Camp and in the stations hospital. This previously untold story also involves the topical Nancy Bird, who was employed as the sister's pilot for the first nine months. Whilst Sister Silver was fighting a battle against the harsh elements of the bush, another dedicated woman of about the same age had graduated as a nursing sister with a view to overseas travel. Little did she know that she would shortly embark on a sea voyage to the exotic Far East, where she would engage in a battle for survival as an unwilling guest of the Emperor of Japan. Sister Pat Gunther joined the AIF and served in the Far East on the battlefield of Malayaand Singapore. She was captured and taken prisoner at Bangka Island, Sumatra. The story of the nurses imprisoned in various camps in Sumatra is not unknown, but this book delves far deeper than any other story to date and reveals the 'secret' that the nurses kept throughout their lifetimes. Author and military historian Lynette Ramsay Silver has an entire 'forensic' chapter devoted to the unravelling of this secret. This book has been compiled from their edited memoirs, supplemented by various conversations and interviews. Interspersed throughout the book and printed in italics, are Lynette Ramsay Silvers historical details providing additional narrative to compliment first-hand accounts. The book also lists, for the first time, the name of every nurse who served in World War 2. It also includes the fate of other internees that Sister Pat had met in Malaya and during her three years of captivity and the fate of the nurses evacuated from Singapore. It also includes the 29 women that served as doctors in the Australian Army Medical Corps during World War 2, as well as the names of the women who served as nursing sisters in the Royal Australian Navy, Royal Australian Airforce, Australian Army Nursing Service and the Army Hospital. This book is a tribute to the huge contributions made by our nurses in the Australian Outback, and to those who served during wartime.