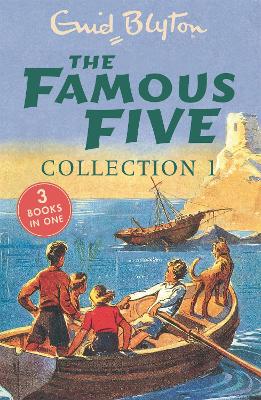 Book 1: Five On A Treasure Island

A shipwreck off Kirrin Island! But where is the treasure The Famous Five are searching for clues - but they're not alone ... Someone else has joined the treasure hunt.

A thief at Kirrin Cottage! Who can it be The Famous Five think they know - but they need proof! Then they find an old map and an unusual hiding place...

Book 3: Five Run Away Together

Who's been on George's Island And what is locked in the mysterious trunk hidden on Kirrin Island The Famous Five think they're on the trail of smugglers - until they hear a child scream...

These editions feature the classic texts and Eileen A. Soper's original illustrations.