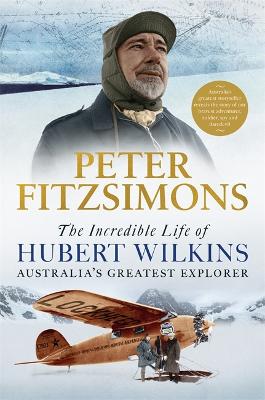 Sir Hubert Wilkins is one of the most remarkable Australians who ever lived.

The son of pioneer pastoralists in South Australia, Hubert studied engineering before moving on to photography, then sailing for England and a job producing films with the Gaumont Film Co. Brave and bold, he became a polar expeditioner, a brilliant war photographer, a spy in the Soviet Union, a pioneering aviator-navigator, a death-defying submariner - all while being an explorer and chronicler of the planet and its life forms that would do Vasco da Gama and Sir David Attenborough proud. As a WW1 photographer he was twice awarded the Military Cross for bravery under fire, the only Australian photographer in any war to be decorated. He went on expedition with Sir Ernest Shackleton, led a groundbreaking natural history study in Australia and was knighted in 1928 for his aviation exploits, but many more astounding achievements would follow. Wilkins' quest for knowledge and polar explorations were lifelong passions and his missions to polar regions aboard the submarine Nautilus the stuff of legend.

With masterful storytelling skill, Peter FitzSimons illuminates the life of Hubert Wilkins and his incredible achievements. Thrills and spills, derring-do, new worlds discovered - this is the most unforgettable tale of the most extraordinary life lived by any Australian.

'Peter FitzSimons has done his level best to return George Hubert Wilkins to the pantheon of the greatest Australians. He has told a story for the nation.' - Michael McKernan, The Canberra Times