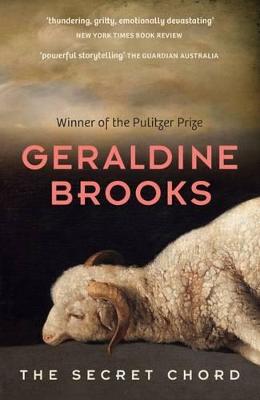 From the Pulitzer Prize-winning author of PEOPLE OF THE BOOK, YEAR OF WONDERS and MARCH comes a unique and vivid novel that retells the story of King David's extraordinary rise to power and fall from grace.

Anointed as the chosen one when just a young shepherd boy, David will rise to be king, grasping the throne and establishing his empire. But his journey is a tumultuous one and the consequences of his choices will resound for generations. In a life that arcs from obscurity to fame, he is by turns hero and traitor, glamorous young tyrant and beloved king, murderous despot and remorseful, diminished patriarch. His wives love and fear him, his sons will betray him. It falls to Natan, the courtier and prophet who both counsels and castigates David, to tell the truth about the path he must take.

With stunning originality, acclaimed author Geraldine Brooks offers us a compelling portrait of a morally complex hero from this strange age - part legend, part history. Full of drama and richly drawn detail, THE SECRET CHORD is a vivid story of faith, family, desire and power that brings David magnificently alive.

'Brooks evokes time and place with keenly drawn detail ... with the verve of an adroit storyteller ... Ambitious and psychologically astute.' - PUBLISHERS WEEKLY

'In her gorgeously written novel of ambition, courage, retribution and triumph, Brooks imagines the life and character of King David ... the novel feels simultaneously ancient, accessible and timeless.' - BOOKLIST

Longlisted for the Baileys Women's Prize for Fiction 2016

Shortlisted for the Indie Book Awards 2016

Shortlisted for the ABIA Awards 2016