THE LIVING SEA OF WAKING DREAMS 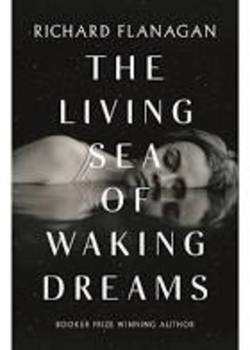 The pandemic has had a strange distorting effect on time and perspective. The modern condition - simultaneous connection and isolation through our devices - feels particulary acute. Flanagan hasn't just written about the space between living and dying; in writing about the things that are disappearing from the world he has captured something fundamental about the moment we're living in.

The novel was written more or less in real time over last summer, as the Australian mainland was gripped by rolling bushfires and smoke.

"The challange that took me years to work out was how to write about the collapsing of the natural world", Flanagan said.

"This awareness of a moment of imense loss that could take us with it. I wanted to write it with a kindness and a gentleness because it seemed to me that above all things it was human dignity that was being attacked. That's what I was searching for. Trying to find my way towards a new language of both grief and possibility."