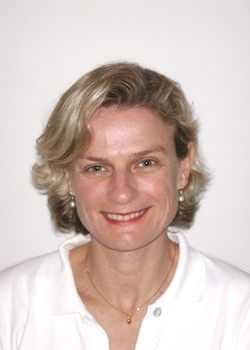 You are invited to meet Louise Williams when she introduces A True Story of the Great Escape.

John Williams was a medical student and a passionate northern beaches surfer. When war broke out, he trained as a pilot and became an air ace. In the larrikin tradition, he insisted on fighting his war in non-regulation attire and led his squadron into air combat over Libya and Egypt dressed in sandals and shorts. Shot down in the Western Desert in 1942, he ended up a POW in the notorious Stalag Luft III near the German-Polish border, later immortalised in the feature film.

John and his mate Rusty were among the 76 POWs who tunnelled their way out of the supposedly escape-proof camp under the German's noses in what later become famous as the Great Escape. John's family was never told what happened to him.

John's niece Louise Williams has drawn on family records and extensive archival research to paint a moving account of John's life, his experiences and the extraordinary Great Escape.

Meet Louise Williams when she introduces her new book at 6.30pm on Thursday February 25th at Berkelouw Books in Mona Vale.

Bookings are essential and can be made online by following this link (fees apply), by phone on 9979 2112 or by email to monavale@berkelouw.com.au. 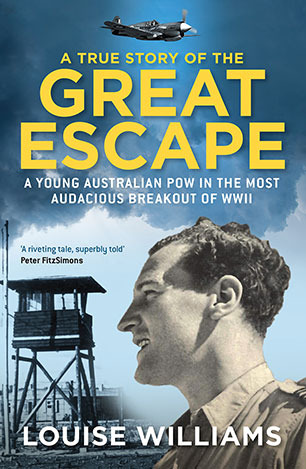 Louise Williams is an award-winning writer, journalist and editor and the niece of John Williams. She spent more than a decade as a foreign correspondent for Fairfax Newspapers based in Manila, Bangkok and Jakarta. Louise has written or contributed to a number of books and was the recipient of an Australia Council Asia Pacific Wrtiers' Fellowship. Louise won a Walkley Award for Excellence in Journalism and the Citibank Pan Asia Journalism Award for her work as a foreign correspndent. Louise is also a Research Associate of the Australian Centre for Independent Journalism (ACIJ) at the University of Technology.