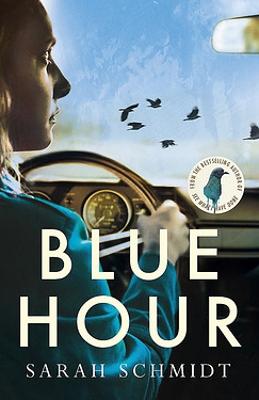 1936: At nineteen, Kitty was ready to leave behind the stifling control of her parents and all those constantly telling her how to live her life. Work at the Wintonvale Repatriation Hospital was her escape and a chance to be someone else.

Then she met soldier George Turner - and she heard her mother's voice in her ear, warning of danger, of being that girl. Kitty told herself if she ever had her own daughter she'd never control her. She'd make sure her voice never left a mark behind.

1973: Growing up, Eleanor's home was strained by sorrow and the echoes of war that silenced her parents. And always her mother, Kitty's, bitterness, twisting and poisoning everything she touched. She thought she knew what made her parents this way ... but Eleanor would never know all her mother's secrets.

The demands of marriage, motherhood and looking after her daughter while her husband, Leon, is in Vietnam lay claim to Eleanor's days. Nature, embracing curiosity and not being like her mother are Eleanor's solace. But they are not enough when Leon's darkness overwhelms. Both he and her mother leave their mark, and use her child for their own ends. Afraid, unsure and alone, Eleanor will be driven to erase her mother's voice in her head. But the question remains: can she bear the burden of her own secrets?

Vivid, deeply affecting and confronting, Blue Hour explores the beauty and violence in the world.

Powerfully magnifying the fractures between a mother and a daughter, it reveals the brutal cost when we allow grief and trauma to reach down generations.

'Blue Hour realises the promise evident in Schmidt's lauded debut See What I Have Done ... it doesn't loudly declare itself to be an astonishing novel as it inexorably unfolds, but astonishing it most certainly is' Weekend Australian

'Without a doubt one of the most thought-provoking novels I have read ... Fans of compelling literary fiction can't go past this - Schmidt is an incredible Australian writer' Better Reading

'Schmidt's skill for making readers ponder raw and uncomfortable realities is profound ... This is a mother-daughter story which fills the page with all those parts of womanhood the world does not want you to know about - a hard-to-swallow novel that I urge you to read' Readings

'A brilliant novel that can't help but leave a mark on its readers ... so compelling it's hard to look away' Herald Sun

Praise for Sarah Schmidt's See What I Have Done:

'A cracker' The Guardian