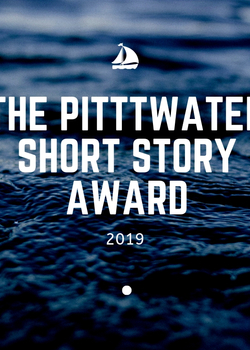 With entries now open for The Pittwater Short Story Award 2019, we thought we would take a moment to introduce our amazing judges for this year's award. Our judges have extensive experience in education, creative writing and the publishing world.

Nicola Elliott - After a 15 year career in science, Nicola now teaches at a local public school and enjoys the northern beaches lifestyle, interspersed with travelling.  She loves spending time with her husband, two adult daughters and pets and relishes a good read!​

Rex Finch - My first twenty years in book publishing were really an extensive training experience, with opportunities to work with some large international companies.  In 1992 I set up Finch Publishing with a focus on creating books that would appeal to an international readership. Over the following years we were able to build an extensive list which had an appeal to adult readers (in categories such as parenting, relationships, health, social and family issues and memoir). We developed an award for life-writing – The Finch Memoir Prize – and this soon became the genre we loved the most. In fact, a recent Finch title won the Stella Prize.   Our company closed at the end of last year with my retirement. I am pleased to be a part of the extensive judging panel for the Pittwater Short Story Award.

Gus Gordon is an internationally acclaimed illustrator and author. He has illustrated and written over 80 books for children. His books which include Wendy, Herman and Rosie, Somewhere Else and The Last Peach, have sold in over 20 countries worldwide and have received wide international recognition. He has twice been nominated for the Astrid Lindgren Memorial Award, the world's largest award for children's and young adult literature. Gus lives with his wife and three kids in Sydney, Australia.

Amanda Hampson is an internationally published, bestselling author of five novels: The Olive Sisters, Two for the Road, The French Perfumer, The Yellow Villa, and the recently released, Sixty Summers (Penguin). She lives locally in the Northern Beaches and has taught both fiction and memoir writing for the past decade.

Jo Nell is a local GP and author. Her short stories have appeared in numerous journals and anthologies including Award Winning Australian Writing. After years of unsuccessful attempts, her entry The Long Way Back won the 2017 Pittwater Short Story Prize. In 2018 Hachette published Joanna’s bestselling debut novel The Single Ladies of Jacaranda Retirement Village, and her second book The Last Voyage of Mrs Henry Parker is out October 2019. As the mother of two teenagers, she enjoys long walks on her own and talking to her dog.

Rosemary Puddy - Born in UK, I lived in Sydney and Perth before settling in Newport on the Northern Beaches in 2005.  After completing a Bachelor of Applied Science – Computing, I worked as a software trainer for many years.   Shortly after retiring, my first foray into all things books was when I started a weekly book club program on community radio. Reading about the Stella Prize gave me the inspiration to create The Book Podcast, a weekly podcast dedicated to Australian women writers of fiction and non-fiction.  As an avid reader, I love talking to authors about their latest books, their writing process and their publishing journeys.  The podcast is now in its third year and has listeners from around the world. It was recently voted in the top 25 of the Australian Podcast Awards ‘most popular category’.

Thank you so much to our marvelous judges, and good luck to those entering the competition!