An Account of the English Colony in New South Wales from its First Settlement in January 1788 to August 1801: With remarks on the dispositions customs manners &c. of the native inhabitants of that Country. 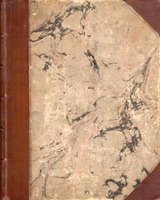 This is a rare or used book from the Berkelouw Rare Books Department.

To which are added some particulars of New Zealand; compiled by permission from the mss. of Lieutenant Governor King: and an account of a voyage performed by Captain Flinders and Mr. Bass; by which the existence of a strait separating Van Diemen's Land from the continent of New Holland was ascertained. Abstracted from the journal of Mr. Bass. London: For T. Cadell and W. Davies 1804. Quarto bound in later half calf with marbled boards and raised spine bands. (xx 562pp.). With engraved portrait frontispiece of David Collins 2 charts of which 1 is folding and 31 engravings of which most are full-page and including 3 full-page hand-coloured plates. New end-papers. A fine complete copy abridged by Mrs. Collins. The plates are particularly sharp suggesting that this is an early copy. David Collins (1756-1810) set sail for New Holland with the First Fleet coming ashore at Botany Bay on January 20 1788. As Judge Advocate under Governor Phillip and from June 1788 Secretary to the Governor Collins was a key figure in the establishment of the convict settlement at Sydney Cove. Collins was also the first Lieutenant-Governor of Van Diemen's Land charged with establishing Hobart Town in 1804. Collins' account is notable as an early and particularly detailed description (ADB 1966 Vol. 1 p. 238) of the fledgling colony of New South Wales. Indeed Collins remained in the colony for almost a decade only returning to England in 1796. Unsurprisingly perhaps Collins' is a positive account though he does acknowledge the plight of the Indigenous people (ADB p. 237 Oxford Companion to Australian History 2001 p. 138). The present work an abridgement of the original two-volume publication (1798 1802; the first volume of the first edition was also published in German in 1799) was prepared by the author's wife Maria Collins. Remarkably Maria had not been permitted to accompany her husband on the voyage to New Holland (ADB p. 237). As Mrs Collins notes in the preface the abridgement was to "render it less expensive to the purchaser" (p. iii) though she assures the reader that she was "careful to insert all that could interest the general class of readers" (p. v). Mrs Collins further notes that the "specimens ... of incurable depravity [here given]" cannot "fail to convince the most violent opposers of the colonising system of its necessity; or at least to fill them with gratitude to that government which has by removing such numbers of unprincipled people endeavoured to protect them from depredation and violence" (p. v). This volume includes all the original illustrations including various views of Sydney and a series on the Aboriginal people. Notably this edition also comprises three full-page hand-coloured plates of a lyre bird a wombat and a mountain eagle (See Wantrup p. 83). The illustrations were engraved from the watercolour drawings of Edward Dayes which were in turn based on the sketches of convict artist Thomas Watling (Ferguson I 263).